Doddington Hall is, from the outside, an Elizabethan prodigy house or mansion complete with walled courtyards and a gabled gatehouse. Inside it was very largely updated in the 1760s. It is located in the village of Doddington, to the west of the city of Lincoln in Lincolnshire, England.

Doddington Hall was built between 1593 and 1600 by Robert Smythson for Thomas Tailor, who was a lawyer, the Recorder to the Bishop of Lincoln. It is a grade I listed building. The facade is wide, but the house is only a single room deep at the centre. In the 12th century the manor of Doddington was owned by the Pigot family who sold it to Sir Thomas Burgh in 1450, and eventually to John Savile of Howley Hall in Leeds. In 1593, he sold the manor house to Thomas Tailor who commissioned the present house. It remains in private ownership today. In the mid 20th century the Hall was restored by Laurence Bond and Francis Johnston. 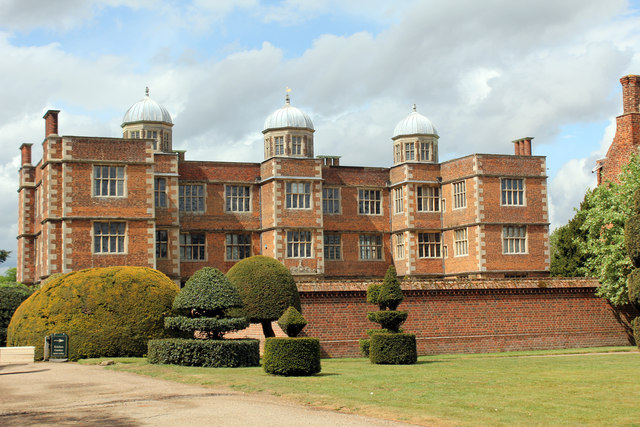 The Hall's contents, including textiles, ceramics, porcelain, furniture and pictures, reflect 400 years of unbroken family occupation. It is surrounded by 6 acres (24,000 m2) of walled and wild gardens with flowering from early spring until autumn.

The Hall and Gardens are open to the public, with facilities for private tours and school visits. A temple designed by Anthony Jarvis in 1973 stands in the gardens. Summer concerts and occasional exhibitions are held in the Long Gallery. Other businesses have been developed on the estate such as the sale of Christmas trees, weddings and a farm shop selling local produce.

In 1762, Sir John Hussey Delaval covered every inch of the Holly Room – even the back of the doors – with tapestries showing country scenes. The tapestries were made in Flanders in the early 17th century.

Be the first to hear about special offers and exclusive deals from Rose Cottage.